Dr. Melissa Bilal, a native of the Istanbul Armenian community, will share her research from three generations of genocide survivors who continued living side-by-side with the people who murdered their loved ones, as well as survivor families of the 1930s’ Armenian exodus from the village of Burunkışla. Dr. Bilal will share how songs and stories were used as means of transmitting a memories within a framework of forgiveness and reconciliation. RSVP [email protected]

11 million Syrians have been forced to flee their homes as a result of civil war. Melkonian profiles 16 inspiring migrants, including artists, musicians, intellectuals, and entrepreneurs, who left familiar surroundings and family, knowing they may never return.

“No Man’s Land: Dialogues on the Experience of War” – series of 3 open sessions from 6 – 8 pm – C325. co-hosted by BCC’s Center for Veterans and Military Affairs.  Read: news.backup.bergen.edu/100k-grant-spurs-programs-for-military-veterans

Monday, April 8, 11am – 12:40 pm A104 – Chris Nicola presents “No Place on Earth”.
American Cave Explorer, Chris Nicola narrates the story of how five Ukrainian Jewish families survived the Holocaust by taking refuge in a cave for over a year. He explains how he spent 10 years finding and interviewing the survivors, to confirm what he had accidentally discovered; Plus 10 years in bringing about both a book and documentary; : www.noplaceonearthfilm.com. 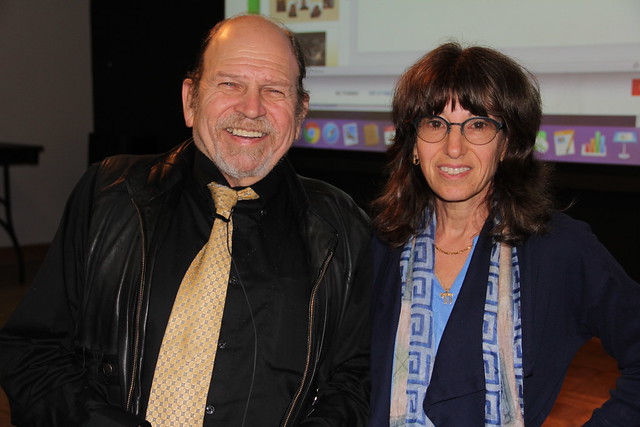